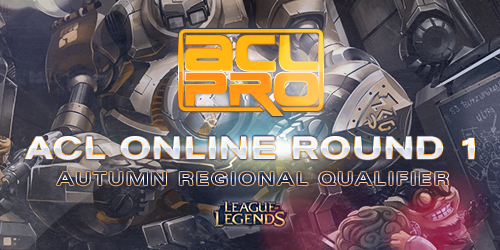 ACL League of Legends Online Round 1 is a 2014 Oceania Regional Qualifier; as such the first and second placing team will be awarded with qualification spots in the League of Legends Oceania Autumn Regional Round of 8 with a chance to take home a share of the $45,000 Prize pool! From there, the winner of the Autumn Regional will receive a direct seed into the Winter Round of 8. If you win the Winter Regional you and your team will be flown to the International Wildcard Tournament for a chance to qualify for the Season 2014 League of Legends World Championship in Korea!

For more information about the League of Legends Autumn Regional follow this link.

9pm AEDT is the latest the tournament will be played to unless all teams left agree to continue to a later duration for the night and it is approved by Tournament Admins. Teams entering and competing in this tournament are obligated to play until AT LEAST 9pm AEDT and if you choose to leave before this time you will be penalised.

The ACL League of Legends Online Round 1 bracket can be found here.

This tournament will host a Two Day competition, featuring a Double Elimination Bracket.

A Double Elimination Bracket will be run over the duration of the 2 day event.

Seeding for the first Online Round of 2014 will be based of the Season Points players earned throughout the 2013 Season, however all future tournaments in 2014 will be seeded by 2014 Season Points. Each registered player will have their total points added up and combined with the rest of their team, this points total will be used to seed the bracket. All teams without points will be seeded randomly after all players that do have points. 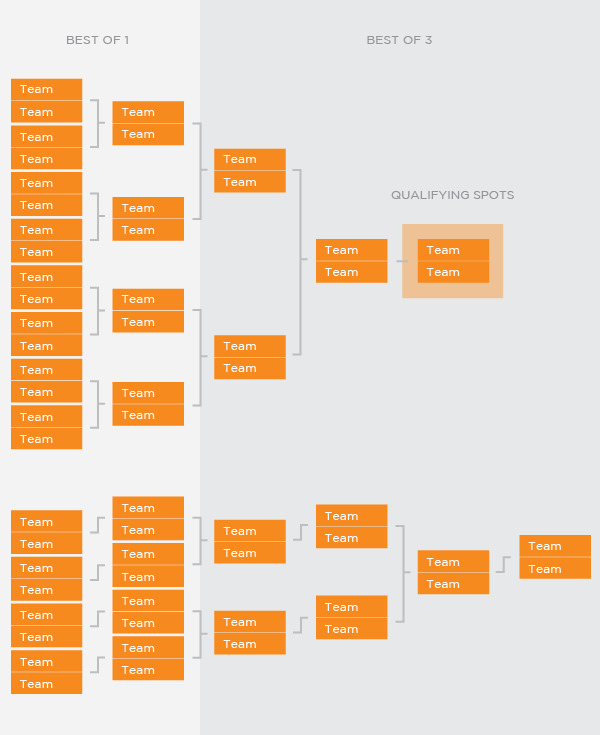 ACL League of Legends rules can be found here.

The first ACL National Live Event of 2014 (yet to be announced) will be an 8 team invite only event. Season Points will be added up and used to seed and invite players to complete live at the first ACL National Live Event of 2014 for big cash prizes and bragging rights of Australia/New Zealand's best team. So sign up today and get practicing because Online Rounds have never been more important

See the League of Legends Online Round 1 - 2014 Landing Page here.