Australian Cyber League is returning to Queensland over May 31st - June 1st for ACL Brisbane!

It's time! The Australian Cyber League's first Live Event for our 2014 season, ACL Brisbane, is set for May 31st - June 1st! Hosted in the heart of Brisbane's CBD, come be a part of our 2014 ACL Pro Circuit and compete against the best gamers in our region. 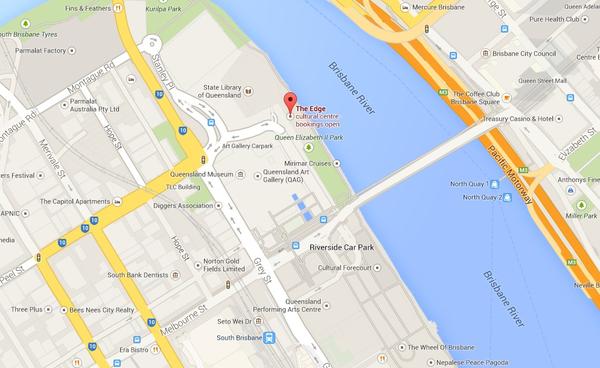 Come down and check out all the gaming action in person! There is no charge for spectating at this event.

Due to event timing and venue availability we have decided not to run a League of Legends tournament at ACL Brisbane. We are still supporting League of Legends in 2014, the first Live Event for LoL being at ACL Sydney in July.

-All competitors will be placed into Pool Play, featuring Pools of 4-6 teams in size. Pool Play will feature a 'Pro Pool', consisting of the top team 4 ranked by MLG Pro Points.

-$50 entry per person paid at the event on the day.

-Winning team receives an invite to the International League Playoffs at MLG Anaheim. More information can be found here.

- Equipment Requirements: BYO. This includes, but is not limited to, Xbox One (and all cords), Monitor, Controller, Headset, Game Disk, anything else you require to play.

Starcraft II: Heart of the Swarm:

-1v1 Starcraft II: Heart of the Swarm on PC.

-Multiple Brackets featuring all open players, the top players from each Double Elimination Bracket will progress to Group Stage.

-In Group Stage all players from each group will play against every competitor in their group.

-The top 3 players from each group will progress to the Championship Bracket, which features a 12 player Single Elimination Bracket. This bracket will be played until a Champion is crowned.

Registeration for Call of Duty: Ghosts has closed.

The Capitol Apartments - 500m from The Edge

Train: South Brisbane Station is located 750m from The Edge.

CityCat & Ferry: The CityCat and City Ferry terminals are located at South Bank 1 CityCat terminal, 1000m from The Edge.

Ensure you fight the cheapest flights possible by using Webjet to search for flights on your required dates. We would recommend you then go to that website directly to book.

The second Australian Cyber League Live Event of 2014 was announced back in January. ACL Brisbane results will determine seeding for ACL Sydney, the original ACL Sydney announcement can be found here.

We hope to see you all at ACL Brisbane over May 31st - June 1st!